Times are difficult. Many are facing financial hardships. For those not experiencing financial hardships, there may be health problems. If not that, one may be facing relationship or emotional hurdles. Some are facing all of the above. Personally, I don’t know of a single living person who is not navigating some sort of roadblock, including myself.

When dealing with someone who is experiencing problems in his or her life we, as supportive friends and family, attempt to alleviate the situation. The first thing we do is offer encouraging words to show that we are sympathetic and empathetic to our loved one’s problem or problems. By instinct, we speak from the natural or as humans instead of spiritually. That was Peter’s misstep in Matthew 16:22.

While speaking to His disciples, Jesus informed them, for the first time, that he would suffer at the hands of the elders, chief priests and teachers of the law. He told them he would be killed and raised back to life on the third day (Matthew 16:21). Peter, who no doubt loved Jesus, rebuked Him by stating this would never happen. We are then taught in Matthew 16:23, “Jesus turned and said to Peter, ‘Get behind me, Satan! You are stumbling block to me; you do not have in mind the things of God, but the things of men.’ (NIV). When I first read this passage many years ago, I was taken aback. Why would Jesus respond so strongly to Peter whose response seemed to be stemmed from love and dedication?

Although Peter had the best intentions in mind, it was just that – his intentions. He was thinking as a man and did not want Jesus to endure the suffering and death that was to come. However, if Jesus had not died for our sins, we (mankind) would have died in our sins. Jesus had to endure unconscionable hardships in order for us to achieve the ultimate reward – eternity with our Father. Jesus rebuked Peter’s attitude which, essentially, removed God from the picture.

No one wants to experience discomfort and we feel a special pain when witnessing a loved one go through trials and tribulations. In our efforts to comfort our loved ones and ourselves, let’s not take God out of the picture. Always think from a spiritual standpoint instead of instinct. The discomfort we face now may be a station in God’s journey that leads us to something far greater.

Note: This devotional was inspired by the February 24 2011 Our Daily Bread selection. 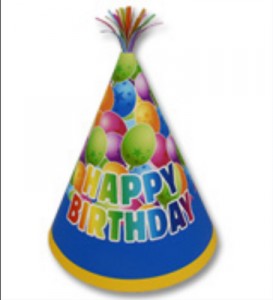 Today is my birthday. Since I have never been ashamed or embarrassed about my age, I say with pride that I am 39 years old. My weight, well, I’ll keep that to myself, but I will admit that while I am not overweight, I am noticing some softening around the midsection. I guess that comes with middle age. Nothing sit-ups and crunches won’t cure.

A few days ago, I was introduced to someone who wanted to know little more about me. So, I revealed my background and my age to which I received the question, “Are you married?” The answer is no. That response was immediately followed with, “Do you have any children?” The answer, again, is no. I braced myself and sure enough it happened.

I first noticed The Pause around my 35th birthday when I was still unmarried and childless. I was taken aback at first, not just by The Pause but also by The Look; that mixture of sympathy and pity sprinkled with the relief of, “At least that’s not me!” I received so many Pauses and Looks that I began to view myself differently. Up until that point, I had considered my happy and content, but maybe I was just fooling myself. As each subsequent birthday approached and I was still without a ring or a baby, The Pauses and Looks had me thinking there might be something really wrong with me. I became acutely aware that peer pressure doesn’t end in high school. To clarify things, I will answer questions I have actually been asked and you may be wondering yourself:

To be fair, I doubt if the person delivering The Pause or worse, the Pause/Look mix, is even aware of his or her actions. I certainly don’t think it is meant to hurt or cast doubt. I believe it is an instinctual thing. Aren’t we, as women, supposed to get married and help populate the earth? Isn’t there this strong biological clock whose incessant ticking propels us to carry out this duty? I never imagined I would be my age and not married with at least one child. While my marital status is not something I planned, it’s also not something that keeps me awake at night wrought with guilt and worry. I have a good life and I am happy. If tomorrow I met The One and this time next year gave birth to healthy baby, I would feel immensely blessed. Just as I feel immensely blessed today.

So, instead of spending the day bemoaning the fact that I am not living up to society’s expectations, I plan to kick back with family and friends and celebrate the gift of life and all the blessings the Lord has given me. Being single and childless does not equate to lonely and without purpose. I am happy for today and excited for tomorrow, even if some still want to view me as a pitiable spinster.